For most people, the idea of writing and publishing a book is a bit overwhelming. They picture a lonely person, holed up in dark corner, searching for words to tell their stories that somehow magically arrive in the right order at the right time.

Author Michelle L. Johnson, whose novel Divinity was released by Spencer Hill Press on September 23, had a very different experience thanks to her classmates at The Muse Writing Center in Norfolk, VA.

“The best writers, and all the advice books on writing novels, suggest that writers find other people, ideally other writers, to give them honest, constructive feedback on their work,” Johnson says. “I was fortunate to find a group of writers through classes in fiction and memoir writing at The Muse who worked with me the entire time I was writing the novel and who each contributed to making it a better book.”

Johnson will celebrate the launch of her book with a book signing and kickoff Friday, October 3, 7-9 p.m., at The Muse Writers Center, 816 Orapax St. in Norfolk. The public is invited.

“It’s one thing to have an idea for a book or a series of books,” says Johnson, “but it’s quite another to bring that idea to reality and produce a book that can attract the attention of an agent, and then a publisher. I’ve been writing a long time, but it wasn’t until I started attending classes at The  Muse and began to work in the publishing industry that I fully understood how much getting a book published involves a lot of people working together.

The Muse Writers Center was founded in 2005 and offers courses in every genre of writing, all taught by published authors, as well as a variety of events and readings designed to support the writing and creative community  in Hampton Roads.

“One of our goals at the Muse is to encourage people to write, to provide writers with teachers who can help develop writing skills and who understand the business aspects of getting published,” says Michael Khandelwal, Executive Director of the Muse. “Most writers overlook the business aspects of publishing, so we provide information and support in that area as well.”

“I joined one of the Muse’s Fiction Studio classes, designed specifically for writers working on a novel, just as I started writing Divinity. The group had been together for almost 18 months – I took the place of someone who had moved out of town – and once they got comfortable with me and me with them, my novel took off.”

Johnson, who also represents other writers as the owner of Inklings Literary Agency, says that working with other writers who were also working on their own books helped her see her own work differently.

“The beauty of the group was its diversity, in the sense that there were eight different writers, each working on their own unique projects,” Johnson says. “We essentially saw eight different book projects evolve together, and you can’t help but learn quickly in that setting. Each writer had his or her own strengths. A couple of people were sensational at challenging and questioning the flow of the story, another was great at helping shape characters, one had an ear for dialogue, which is one of the hardest part of writing for many people, and a couple of folks were grammar generals.

“The group was also diverse in background, age, life experience, and so on, which brought different perspectives on the characters and storyline into the discussion. People often saw or felt vastly different things when they read a section, and often I’d get conflicting feedback that forced me to think through what I was trying to say, or how I was saying it. The result was an infinitely better book that was accepted by Spencer Hill Press’ urban fantasy imprint, Spence City.

“Another aspect of working with group was becoming more aware of the elements that make a good story, and a much sharper focus on the technical aspects of writing,” She says. “I became much more aware how important word choice, sentence structure, punctuation, and grammar are to making a story come to life…and even when and how to break a rule or two for effect.”

Johnson says her experience at The Muse also made it easier to work with agents, editors and her publisher as her book moved through the publishing process. “I’ve learned as an agent that many authors resist the input they get from professionals in the industry, input that’s always intended to make the book better and more successful in the market. I think I was better prepared to hear what others had to say and suggest because I understood the power writer’s gain by listening to and considering what others see and how they react to your book.

“As the writer, it’s your book and your story, and you have the final decision. But, bringing a book to market is an extremely collaborative process, and I believe writers who are open to input and actively consider it all create a better book.”

Johnson is excited about the release of Divinity, and about the chance to share its release with many of the people who helped her get the story from concept to novel to published novel.

“I’ve known since I signed the contract that I wanted the official launch event to be held at The Muse,” Johnson says. “It’s a chance to share this moment with people who helped make it possible, and to highlight the power that a supportive creative community like the one The Muse helps foster can have for individual artists. I know others have had the same experience with their projects.”

When Julia climbs into a flaming car to save a trapped child, she’s left wondering why either of them survived. Then she learns that her father is the Archangel Gabriel, and that she is half human, half Archangel. With guidance from Michael, the most powerful Archangel, Julia sets out to discover her own history and explore her angelic powers. But her journey is cut short when an evil force, invisible to human and angel alike, tears her world apart. Now Julia must fight through her despair, harness her newfound gifts, and risk her very soul to stop the A’nwel and protect the family she never knew she had. What she doesn’t know is that Archangels have secrets too. 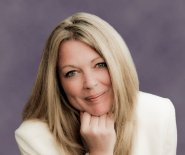 Michelle L. Johnson was born in Ohio and adopted by Canadians. They traveled all over North America, and, when they weren’t on the road, Michelle could be found with her nose buried deeply in the pages of a book. With all of her travels and adventures, she hopes to bring some of her unique perspective to the pages and to entertain others the way all of her heroes have for her. When she is not hanging out with her feathered friends, she is busy being a literary agent with Inklings Literary Agency. She says wherever she hangs her coffee mug is her home, and right now, that’s a toasty warm Jacksonville, Florida with her happy Cocker Spaniel and her small family.

This is Michelle’s second book. The Footloose Killer, a mystery set on the Virginia Beach boardwalk, was published in 2012.

Michelle L. Johnson on the Internet: